All you need to know about Cape Town 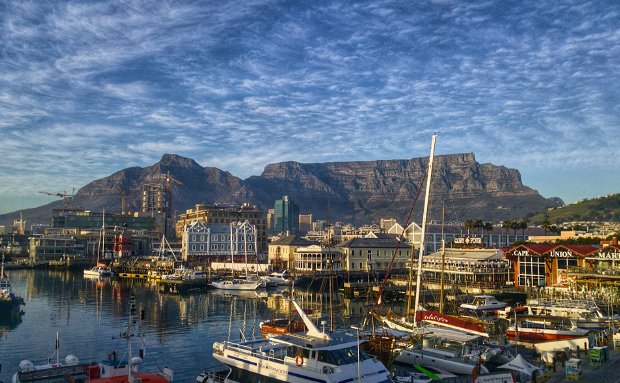 All it takes, is one look from anywhere in Cape Town to understand why this city has won numerous travel awards – like being the most beautiful city in the world or a top rated culinary destination.

There’s the legendary Table Mountain with its neighbouring peaks – Devil’s Peak and Lion’s Head – that dramatically decorate the Cape Town skyline. There’s the city’s multifaceted heritage that dates back over the last 300 years and has given rise to some of the most beautiful historical buildings in the country. Cape Dutch homesteads, neo-Gothic churches, Muslim minarets, and Georgian and Victorian buildings are all dotted across the city.

If history is a subject that interests you, you’re in for a treat. The Castle of Good Hope is the oldest existing colonial building in South Africa, having been built between 1666 and 1679. Interestingly this bastion fort, in the epicentre of the city, marks the original shorelines of the city (land was reclaimed from Table Bay’s coastline between the 1930s and 1940s to extend the foreshore area). The Company’s Garden is another gem within the city and dates back to the 1650s when the first European settlers used it to grow fresh produce to replenish ships passing by Cape Town. West of the Castle of Good Hope, you’ll find Cape Town City Hall – an Edwardian building built in 1905 and the place from which Nelson Mandela made his first public speech after his release from prison on 11 February 1990.

Other highlights include: Bo-Kaap, a colourful, cobbled stone neighbourhood situated on the slopes of Signal Hill, which is the historical centre of the Cape Malay culture in the city. The District Six Museum, founded in 1994 in remembrance of the thousands of people who were forcibly removed from their homes in the District Six Area (where the museum is located) during the Apartheid era and St George’s Cathedral, the oldest cathedral in Southern Africa.

The city is home to an array of wonderful bookshops (The Book Lounge, an independent bookstore, is worth a visit), antique and vintage clothing stores (stop by Afraid of Mice in Long Street), a bustling nightlife along Long and Kloof Streets, and some of the best restaurants in the country and the world (Bree Street is filled with delectable eateries serving mouth watering dishes).

Fun for the whole family

Golf courses in and around Cape Town

Art Galleries in and around Cape Town

Safety & Security in and around Cape Town

The Tourism Safety Task Group of South Africa has compiled the following tips for tourists who come to the country:

Store valuables in the safe.
Keep the house locked, whether you’re in it or not. If someone knocks, check who it is before opening the door.

Avoid ostentatious displays of expensive jewelry, cameras and other valuables
It’s definitely not advisable to carry large sums of money around
At night, steer clear of dark, isolated areas
It’s better to explore in groups and to stick to well-lit, busy streets
Plan your route beforehand
A policeman or traffic officer will be glad to direct you if you get lost
If you want to call a taxi, your hotel or the nearest tourism information office can recommend a reliable service

Plan your route in advance
Keep the car doors locked at all times and wind the windows up
Lock valuable items in the boot (trunk)
At night, park in well-lit areas
Never pick up strangers

If in doubt about the safety of an area, phone a police station for advice
In general we advise people to carry a reliable map with them at all times and to keep a certified copy of passports and other important documentation such as flight tickets in a safe.